I’ve been thinking a lot about death lately. It’s the kind of thing we keep at bay until someone close to us passes away or a loved one gets sick.  The fact is, we’re all going to face it sooner or later.  So why not ponder it a bit?

My father had a gallows sense of humor; he actually enjoyed going to wakes on the chance that he might see someone he knew (other than the deceased). When he was younger, wakes in his neighborhood could be mistaken for parties: he was in attendance at one wake where the funeral director hurriedly retrieved the mourners from the bar next door because the priest had arrived to say prayers.  For most of his life he perused 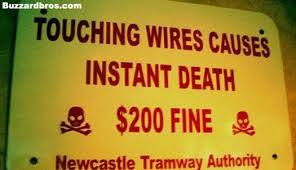 what he called the daily “Irish Sports Pages”, searching for familiar names. Eventually he stopped looking because everyone he knew was gone. This is one of the downsides of living into your 90s.

The death of a young person is a life unfinished, unrealized; a tragic loss. Recently I read When Breath Becomes Air by Dr. Paul Kalanithi, who passed away last year at 37 from lung cancer. A neurosurgeon, Kalanithi was struck down before he had a chance to soar.  Or so it seems.  He writes about his approaching death with courage and clarity, shining light on a subject we all do our best to avoid.  What I found most poignant about his journey is his slow withdrawal from the things that had been most important to him, such as career, operating room successes or being known as a “doctor”.  Following his diagnosis, these fleeting external drivers are replaced with the contentment and sustenance found in the simple pleasures of life; sitting in the sun, holding his infant daughter, spending time with close friends and family.  Stripped of the illusion that life is a ladder to climb, he finds stillness and peace in its simplicity.  He faces all of this with the sadness of knowing that he will soon lose what he’s found.

I witnessed my Dad face his pending departure. For me the first sign was letting us clean out his house. He’d stopped caring about the things he hoarded, including his trains.  Instead, he found joy watching me learn about them as we worked through bags of his unidentified railroad models.  Rarely verbally or physically demonstrative, he made it a point to say “I love you,” every time I or my siblings left to go home.  Later, he stopped tackling the daily crossword puzzle or Sudoku, and eventually skipped reading the newspaper.  As he withdrew, he expanded. He said things he needed to say.  He spoke of regrets, wishes, joys, worries; sometimes openly, sometimes cryptically.  No small talk; he was real.

As we turn the corner into middle age and beyond, many of us get a glimpse at the light at the end of the tunnel and try to avoid the oncoming train. We get busier, get the bigger job, get divorced, buy the new sports car or inject Botox.  Some accept reality; some are forced to when illness appears on the tracks.

Everybody dies. After a while, nobody—not even you—will care if you were a doctor, a writer, a landscaper, if you drove a luxury convertible or a Ford Pinto, collected over 100 brass locomotives or saved every issue of Model Railroader magazine. Not to say it’s not a great hobby.  If you enjoy it, and it helps you cope, why not?  As my Dad approached the end of his life, everything he achieved and owned, including the trains, faded away, revealing the essence of his heart and soul. Now the trains—and the tunnel—are mine to ponder.

4 comments for “The Light at the End of the Tunnel…”